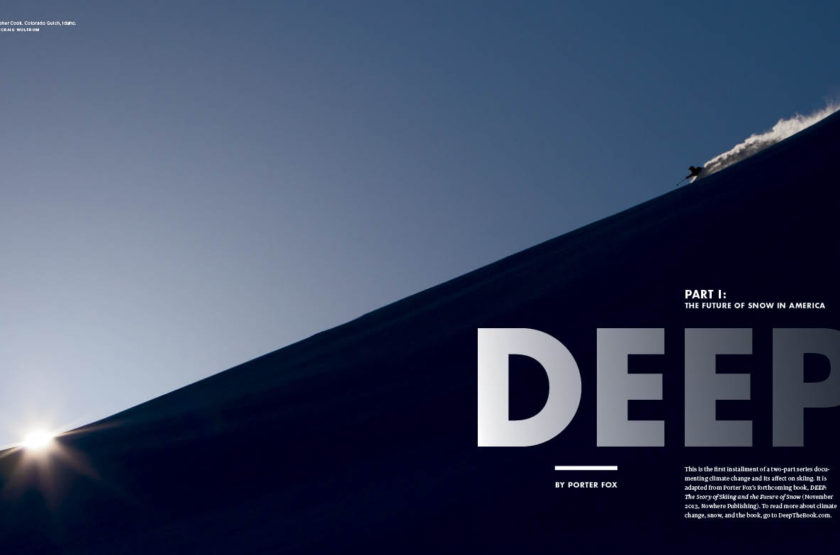 It is difficult to gaze at the heap of ice and rock that is Mount Hood and conclude that the mountain is in need of a good blizzard. The 11,239-foot peak looks like a scoop of ice cream melting into the deep green forest of northwestern Oregon. Its ivory skirts swoop up from old-growth or and hemlock and meet the mountain’s prominent ridges—Cooper Spur, Yocum, and Lang—that, in turn, extend like shadowy arms to brace the summit. Hood is a stratovolcano, a solitary blip on the Columbia Gorge’s vertical profile, with no major mountains within 40 miles to steal its thunder. As for snow, every winter it is buried under more than 35 feet of the stuff.

Yet a National Weather Service study plot near Government Camp has recorded a 30-percent drop in snowfall since 1975, and several of the mountain’s 12 glaciers have receded up to 60 percent since the early 1900s. The phenomenon is not confined to Mount Hood, northwestern Oregon, or even the U.S. According to data from NOAA, NASA, and the United Nations, spring snowpack in many parts of Western Washington, Oregon, and Northern California has dropped 50 to 70 percent since the early 1900s. Spring arrives in Tahoe two and a half weeks earlier now than in 1961, and in vaunted cradles of skiing like the Alps, climatologists estimate that two-thirds of the ski resorts there are in danger of closing by 2100. Even ski areas on the East Coast, with their massive snowmaking systems and hordes of city-goers ready to ski ice, have lost 15 percent of their snowpack in the last 60 years. On our current track, only four of the major 14 resorts in the region will be economically viable by 2100.
Read more at powder.com