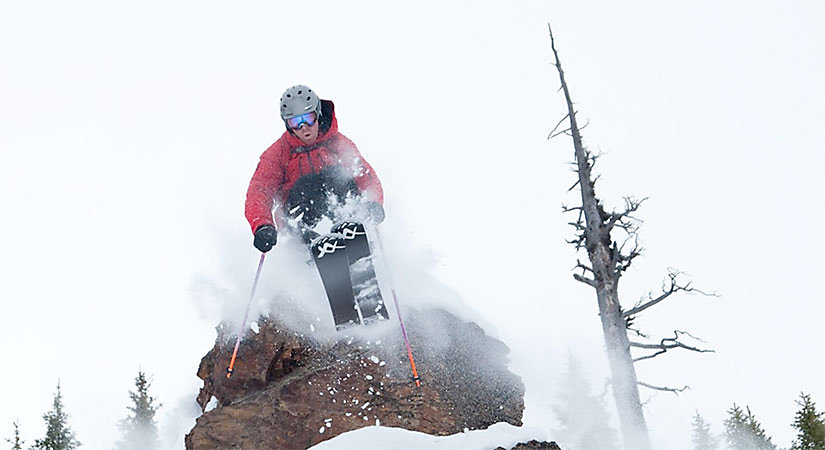 Ian McIntosh makes no secret of his true love, which also happens to be his athletic specialty. “Big mountain skiing. I like to ski the whole mountain. I like the lines and the turns. To me, that’s what skiing is. You take a face and you ski it, top to bottom. You don’t stop, and whatever you can catch air on in between, take it.”

McIntosh, 24, has been skiing since he was almost two years old. In fact, he says that his mom took him skiing only two months after he started to walk. To him, it seemed natural to grow up in skis, since he lived in a small mountain town not far from the ski-mecca of Banff. Fast forward to Ian’s late teens…At an age when most teenagers are a confused mix of unleashed ambition and self-doubt, McIntosh knew exactly what he wanted to do. “I got out of high school and moved to the closest awesome ski resort that I could find,” he says during an interview from Whistler, British Columbia, where he lives with several ski buds. After skiing a season, he hit the road. “I traveled abroad, did New Zealand, did the eternal winter thing, and that lifestyle set the pace for what I wanted to do with my life.”

At 6’2” and weighing an athletic 185 pounds, McIntosh towers over many other skiers his age and younger, and his physical stature shows in his snow-carving style. ”I’m big for what I do, so I like to ski big and strong,” he says. “I use my strength to my advantage.” McIntosh, with a blend of brute force, style, and raw talent, has seemingly had an advantage over his competition on the world skiing circuit.

He’s been competing for only two years, but already has several top crowns to his credit. His name has become a fixture in the top-three standings most places he skis. In the end, looking beyond the competitions and the ski films, it all comes full circle back to one thing: “It’s all about being in the powder,” says McIntosh.