SkiLynx: New Ski App for Keeping Track of Your Crew on the Hill 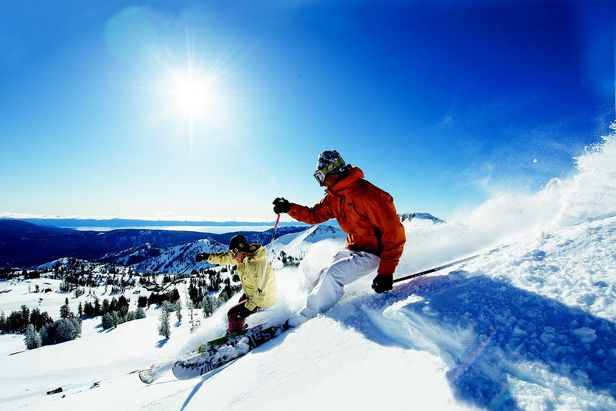 SkiLynx: the Best New Ski App for Keeping Track of Your Crew on the Hill

Say you’re at Squaw Valley, out with friends for a day of skiing. You somehow split from the group, and trying to text or call your buddies proves pointless. Nobody is checking their phones. They’re skiing, after all.

A new app called SkiLynx, which debuts in the iTunes store Thursday for $2.99, aims to solve this problem. As long as you’re all using the app, the GPS-enabled software will link up with the resort’s trail map, and you can see exactly where you and your friends are in real time on the mountain. (It even tells you what percentage of the run your friends have completed.)

You can also send pre-set messages indicating meet-up points with one tap of a button. And, of course, the app (which works on iPhones and Apple Watches for now) also tracks your day on the hill—total miles skied, total runs—and offers lift status (open, closed) and weather updates.

“Skiers want to stay connected on the hill, but they don’t want to be on their phones the whole time,” says Sarah Stocker, co-founder of SkiLynx, which is part of a wearable software company in the San Francisco Bay Area called Wearlynx.

SkiLynx is hardly the first app designed for skiers and snowboarders looking to record stats (apps likeSkiTracks, Trace Snow, and Gravatron have been doing that for a while). And it’s not the first app to track your location on the mountain, either. SnoCru, which debuted in 2011 and has over 85,000 users, already does that.

But SkiLynx takes location services a step further by overlaying you and your friends’ spots on a detailed resort map, which should provide particularly useful if you’re unfamiliar with the area. And unlike SnoCru, which tells you where all the SnoCru users are on the mountain—whether you’re friends with them or not— SkiLynx allows you to filter so you just see your buds.

Stocker and fellow co-founder Mark Danks—both avid skiers—come from backgrounds in the gaming industry. Before ski apps, they created a direct-to-consumer 3D printing platform. “We’ve spent many years packaging the most complicated technology in the world to make it super easy to use,” Stocker says. “We wanted to do the same for skiers, so they can focus on the skiing.”

At launch, SkiLynx will only be available at ten California resorts, including Squaw, Alpine Meadows, Kirkwood, Mammoth, Northstar, Heavenly, and Sugar Bowl. It will debut in the Rockies later this winter, and Stocker says the plan is to eventually expand across North America and to Europe and Japan, too.