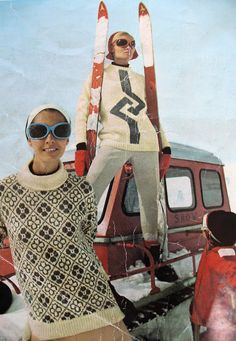 Other designers of the space age generation were similarly drawn to skiwear. The look is well suited to the proletarian aesthetic they were dabbling in: androgynous dress, cat suits with hoods that look like space helmets, color blocking, and experimental materials. Licensing king Pierre Cardin produced every item of ski gear imaginable. André Courrèges designed some of the era’s most fetching designs; a 1972 Vogue editorial opens with a dreamy white ribbed bodysuit features clever zipper placement around the waist. His ski bibs are a considered a holy grail among vintage skiwear collectors. Philippe Guibourge, who worked at Jacques Fath, Dior and as head designer at Chanel and Chloe, was the first French designer to start using vinyl for sportswear and designed the first longer, closer-cut ski parkas. 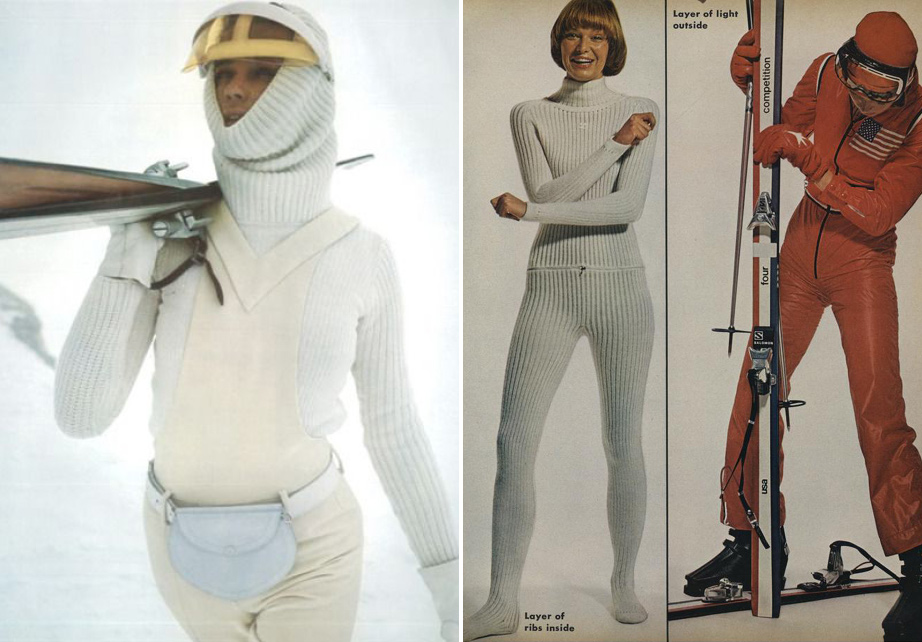 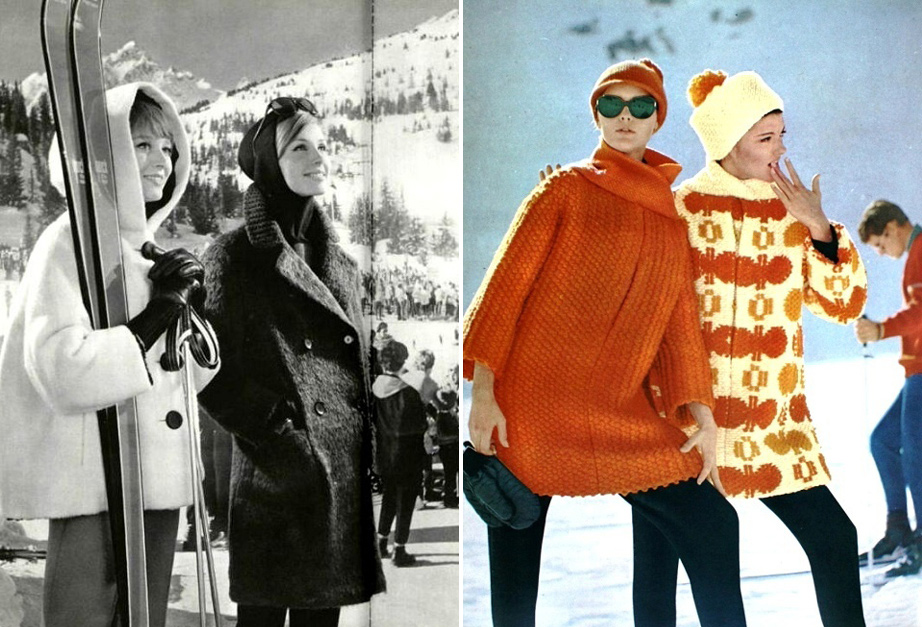 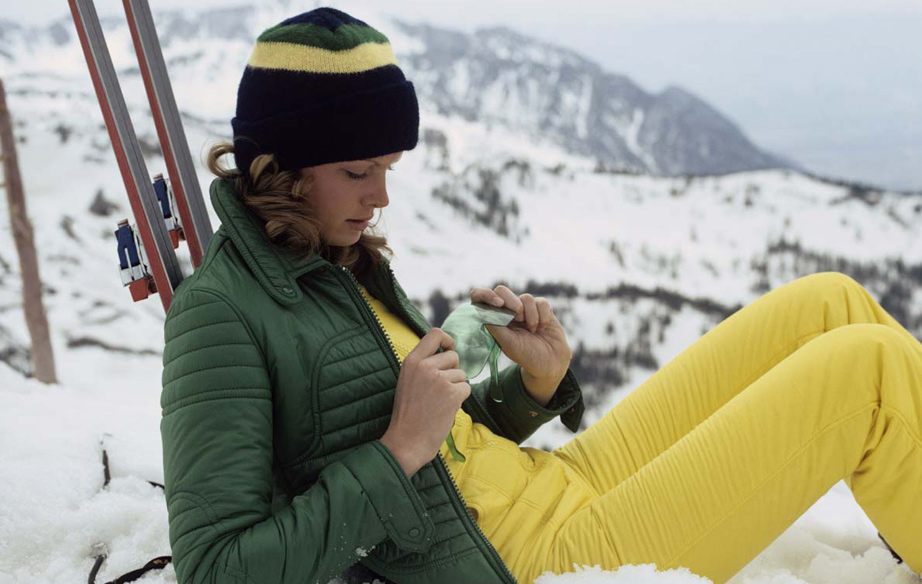 By the end of the decade designers are mining the slopes for more than wealthy patrons. Skiwear began to seep into mainstream dress; turtlenecks, vests and saturated color schemes are all distinct features of the 70s. Stirrup pants, leggings and neon colors of the 1980s illustrate an even more definitive influence. It is in this decade that the bright canvas of the mountains is peppered with boxy, neon shapes. A 1985 photo by Slim Aarons of Princess Bianca Hanau-Schaumburg at her Gstaad chalet epitomizes the era of the garish ski bunny: a watermelon ski suit, leopard belt, Mongolian fur boots, topped off with a glass of champagne. Ski bum culture was immortalized in cult films Hot Dog…The Movie and Ski Patrol. The style was iconic, but the extreme minimalism of the 90s deemed the loud skiwear gauche and unseemly. In 1996, Arthur Elgort shot Kristen McMenamy for Vogue, a beautiful editorial featuring “gleaming white technochic”. The departure from the gaudy 80s also led to the rise in dominance of environmentally aware outdoor companies Patagonia and the North Face. Luxury brands like Ralph Lauren cashed in on the prosperity of the decade by launching active sportswear lines. The dominance of the Italian fashion houses brought forth a new generation of designer ski: Gucci, Armani Neve in 1995, and Prada in 1997.

Where is skiwear today? The answer lies somewhere between the past and the future. Retailers peddling patented tech savvy textiles, for example as Uniqulo’s Heattech, have enjoyed monumental success. And still some luxury brands look to the past. Hermès’ 2013 ski lookbook was clearly influenced by 19th century mountaineering. The beautifully serene images feature pleated high waisted wool pants, cream suits with exquisite piping and a leather helmet that is as gorgeous as it is impractical. The striking photos are a reminder of the unique nature of skiwear, the specificity of design creating its own thread in the history of dress. Skiwear offers particular challenges that expand the potential of dress, at once stimulating designers’ concepts for dress of the future and enriching the past that they mine for inspiration. And for the wearer, it offers a special occasion to dress the part, be it vintage furs or micro thread shells.