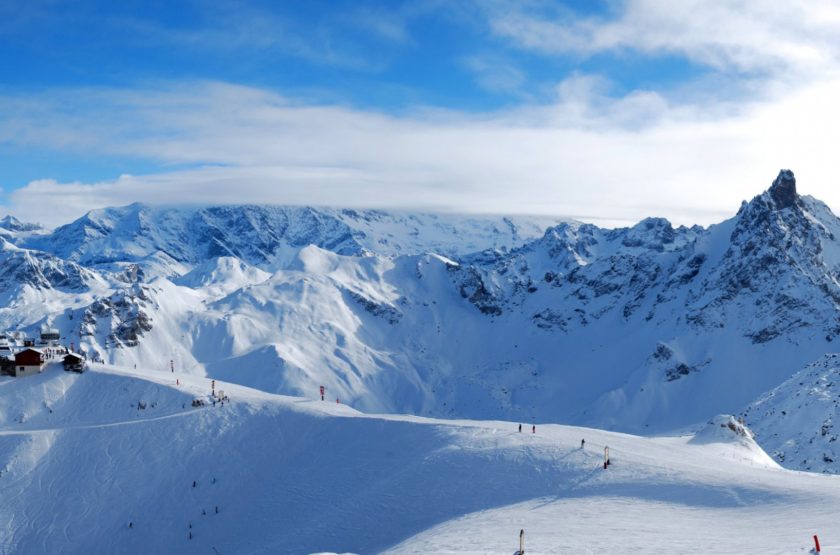 Geneva is a central airport close the some of the world’s best skiing, attracting millions of skiers and boarders from around the globe each year. With the Haute-Savoie mountain range bordering the city of Geneva, the highest and largest ski resorts in France are just around the corner from the Swiss city. We’ve done the research for you and have compiled a list of  the top ski resorts near Geneva to help you narrow down your own list. Want to compare the resort stats side by side? Head over to compare and choose the resorts your want to match up head to head! 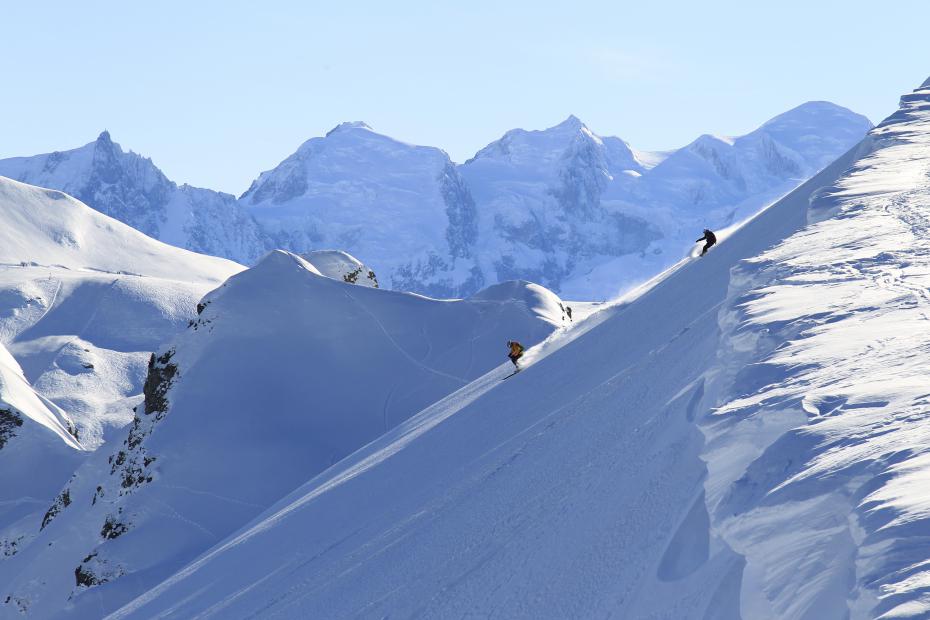 Grand Massif is the fourth largest linked ski area in France and the closest ski resort near Geneva, only an hour’s drive from the airport. The ski area prides itself on it’s diversity and the variety of piste levels the mountain offers across their 148 slopes. Flaine, the highest of the five at 1600m elevation, is known for it’s “snow guarantees” due to it’s geographic position to the north. To preserve the monumental natural beauty of the region, Flaine remains car-free and encourages visitors to move around with skis and boards instead! The site has committed to making your trip hassle-free and promises to provide a  “ski in/ ski out” experience with all of the resorts cultural attractions. 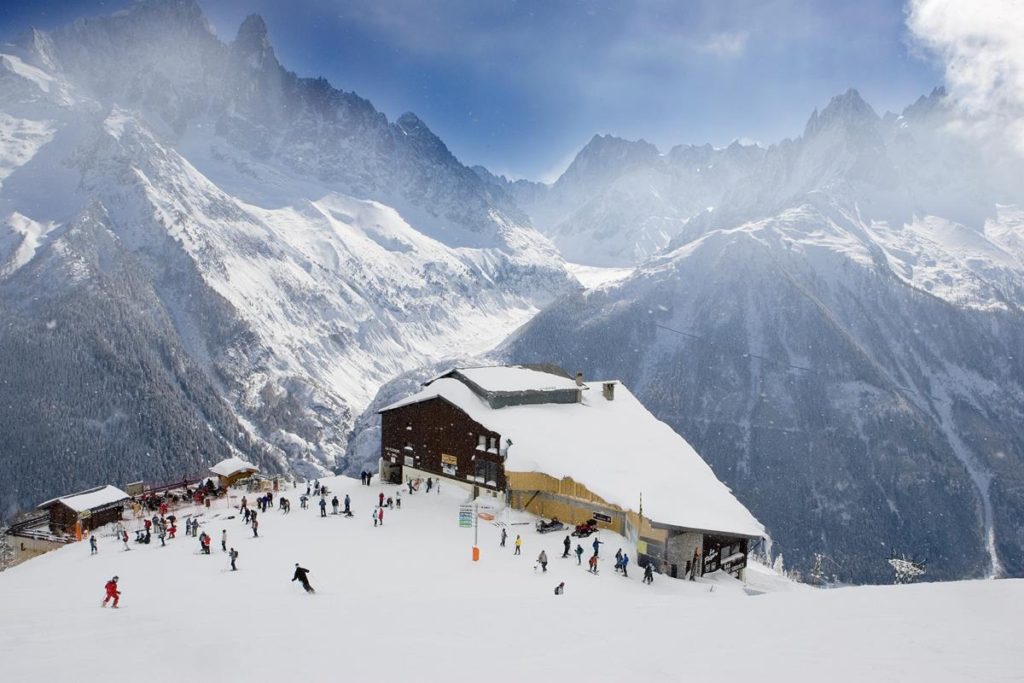 Chamonix, one of the oldest ski resorts in France, attracts snow sports enthusiasts from around the globe as it offers the perfect natural environment for mountaineering, mountain climbing and both downhill and back country skiing. The resort is known as the “gateway to the European Cascades”, and boasts the highest vertical ascent cable car in the world to the top of the incredible Aguilles de Midi. From the top of the cable car, one can simply enjoy the 360 panoramic views of the French, Italian and Swiss alps or ski down the famous off-piste slope, Valley Blanche. Just 100km away from the airport, this ski resort near Geneva is not only a paradise for expert and off-piste skiers, but an attraction for skiers and boarders of all skill levels with the wide variety of slopes throughout the entire Chamonix Valley. 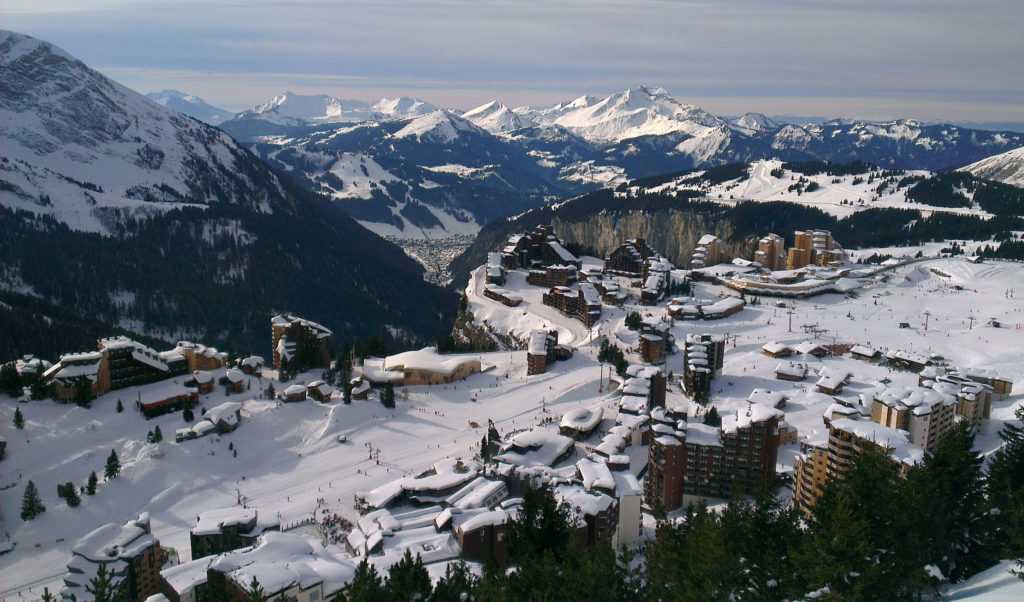 The Portes du Soleil mountain range is made up of 13 ski resorts crossing the French and Swiss border. Overall, the area has 200 lifts across the 14 valleys of 1036 square km (400 sq miles), making it the second largest linked ski area in France. More impressively, all of the slopes can be reached without removing one’s skis or board, with the exception of a few towns where a free bus service is offered.  While locals will ski the main circuit through most of the Swiss and French ski resorts all day, the most popular choice for visitors is the resort of Morzine-Avoriaz. Morzine is one of the closest ski resorts near Geneva –  just 80 km away. Th ski area has a great reputation for families and intermediate skiers, but those looking for more challenging terrain can head over to the linked resort of Avoriaz, which has one of the steepest slopes in Europe known as The Swiss Wall.

Known for it’s picturesque village and luxury chalet spotted hills, Megeve has been voted one of the most charming winter destinations. The ski area of Megeve is made up of multiple resorts, comprising of a total of 116 lifts, access to 217 slopes, covering a total of 445 km. The area offers both downhill and cross country trails, as well as a popular snow park where jumps can be practiced over a giant air bag. Megeve mainly caters to beginners and intermediates, with only 12% of the area labeled as “most difficult”. Just a 90 minute drive from Geneva, enjoy skiing on wide open spaces and tree lined trails through alpine farmhouses by day and bask in the culture of Megeve with cobblestone streets, horse drawn carriages and Michelin star chefs by night! 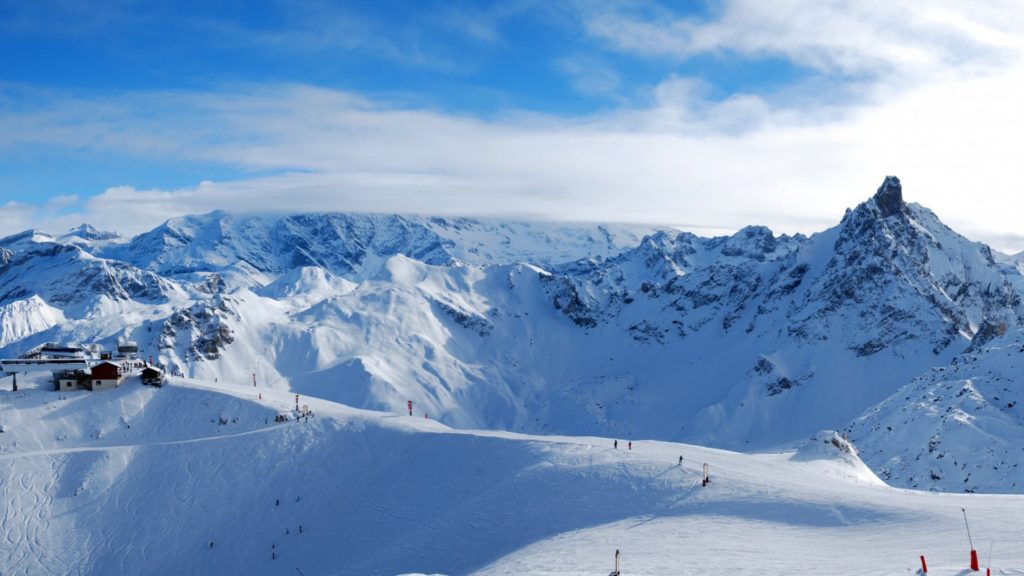 The world’s largest connected ski area is just over two hours from Geneva Airport, making it an ideal vacation destination when flying into one of Switzerland’s largest international airports. Across the eight ski resorts that make up Les 3 Vallees, there are over 600km of ski accessible piste and a total of 321 downhill skiing pistes. Two of the most notable resorts in the region are Val Thorens, the highest ski resort in France at 2300m elevation, and Courchevel, known for it’s prestige and easy lift lines even during the busiest time of year. The resorts of Les 3 Vallees are all accessible with a single ski pass, giving skiers and boarders a wide variety of ski resorts near Geneva to choose from through out their trip!