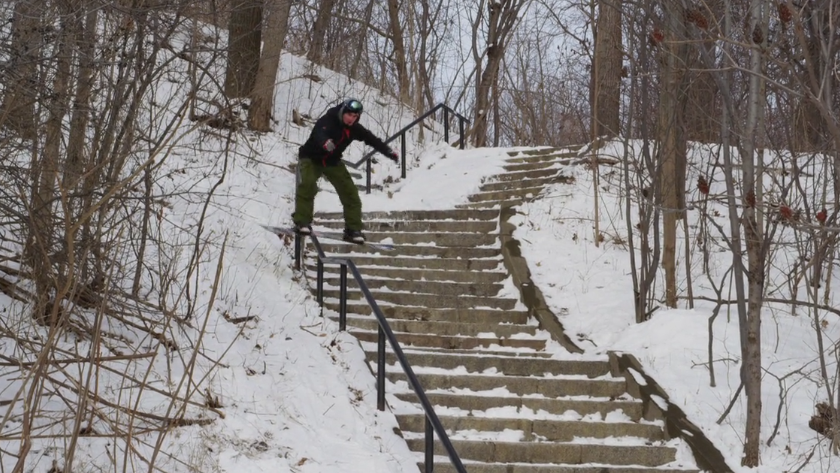 Sebastien Toutant is at it again. After snowboarding Mount Royal in 2012 we has created a ‘newer’ version!

“We wanted to show Mount Royal’s potential. We’re one of the only cities in the world with a mountain in the middle… and we wanted to put Montreal on the snowboarding map,” he told Radio-Canada.

This is pretty epic.  Hit play to see it for yourself!